Why is Corfu called Corfu?

It is one of the great paradoxes that occurs with the translation of this country. It is not enough that Greece is called Greece and not Hellas, we also have an issue with the foreign name of Corfu.
Some have noticed, others have not. But the question is: Why is Corfu called Corfu?
One would expect the foreign name of an area to be the same or at least close to the corresponding domestic one.
In the case of Corfu, however, this is not the case. This is because the name that prevailed abroad is completely different from that used in Greece.
In fact, it is a completely different word.
The word Corfu comes from the Doric Korkyra which was also the first name of the island. Other names that the Ionian island had from time to time were Drepanis and Makris due to its elongated shape.
The word Corfu in turn comes from the Greek word Koryfo, which was the name of the island during the Byzantine era.
According to one version, the name is due to the fact that the first thing one sees when approaching the island are two peaks, that of Mount Pantokrator and Stravoskiadi, both at an altitude of just under 1000 meters.
However, according to another version, Koryfo or Koryfi, where the name Corfu came from, with which the island is known outside Greece, has its roots in the Middle Ages.
In particular, it is believed that the strange name probably came from the two fortified peaks of the medieval city, where the old fortress is located. 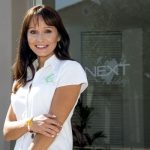 Idyllic images, almost exotic with the alternation of abundant green with blue and turquoise waters to be done in a unique way. So this fascinating landscape, one sees when one is in Sivota. Sivota in Epirus is built in a small bay, which is decorated,…

You can go for walks on the paths through the island´s numerous olive groves or you can even undertake a tour of the island on foot or by bicycle. The island´s natural coves and its beaches allow the visitor to partake in a wide selection…

Read More
We use cookies to ensure that we give you the best experience on our website. If you continue to use this site we will assume that you are happy with it.I Agree