This best private tour is designed to suit historians, architects and Christians. You will visit the oldest and most beautiful churches that have influenced the development of Christian history in Corfu and Greece.

This tour has been specially designed for everyone interested in the Christian religion, and the culture and history of Christianity of Corfu. The tour comprises visits of the most important churches in Corfu Town. At the end of the tour you will have enough free time to continue sightseeing, shop or dine in one of the traditional tavernas.

The Church of St. Spyridon

The Church of St. Spyridon is by far the most venerated place of worship on the island. Built in 1589, it is recognised by the tall bell tower, topped with a red dome. It is a single nave basilica, similar in design to the Greek church St. Giorgio’s del Greci in Venice.  Inside two white marble railings separate the main nave from the front of the sanctuary. The inscription on the railings state they were made in Venice in 1852.

St. Spyridon is one of the Great Saints of Greek Orthodoxy and therefore a constant stream of pilgrims from all over Greece visit all year round. The remains of the Saint are preserved and kept in a silver casket.

Many icons and original paintings decorate the inside the church whilst pious offerings of imposing silver and gilt lamps and ornate chandeliers hang from the ceiling.

The Orthodox Cathedral of the Blessed Virgin Spiliotissa

This small, icon rich church is dedicated to Corfu’s second saint, Theodora.  Her body lies in silver coffin next to the altar. She was brought to Corfu from Constanople with St Spyridon in 1453. The church was built in 1577 and is located in the Old Town in the square opposite the Old Port.  It was first built as a single nave basilica. When the church became the Cathedral of Corfu in 1841 the two present side aisles were created by incorporating the pre-existing narthexes into the church.  The Greek Orthodox Church proclaimed Theodora a Saint for her leading role in the reinstatement of holy images. The iconostasis, a wall separating the nave from the rest of the church, displays a wealth of icons of artistic merit.

The Church of Saint Antony

The Church of St. Antony is probably the most ancient ecclesiastical establishment in Corfu Town.  Dating from the 14th century, it is named after St. Antony and St. Andrew. It is located at the end of Nikiforou Theotoki Street and it is one of the oldest and most interesting churches in Corfu.

This Catholic Cathedral is dedicated to St. James the Apostle and St Christopher the Martyr.  It was sanctified on 31st December 1553 by Father James Cocco. Today it operates as a Catholic Cathedral of the Archdiocese of Corfu, Kefalonia and Zante.

Built in the classic 16th century Venetian style it has been through many renovations.  It was destroyed in 1943 by German bombs and it was rebuilt in 1970.

The Nave consists of six little chapels that were added by Archbishop Lavia.  On the left, there is The Chapel of Christ the King of the Universe, the Byzantine icon with Virgin Mary and St. Theresa of Lizzie. On the right there are three chapels dedicated to Saint Spyridon and Saint Arsenius, The Immaculate Conception of the Virgin Mary and Panachrantos Sacrament of the Eucharist.  The central altar is dominated by Christ Crucified.  In the church are many remarkable works of ecclesiastical art and funerary monuments.

Our tour continues as we head back into Corfu Town. You can visit the Old Town, where the narrow, cobbled streets are known as Kantounia, the Espianada and the cricket ground.  You will have some free time to stroll along the Liston Arcades, visit the Palace of St. Michael and St. George, have lunch or do some shopping.

There are no restrictions.

On the reservation form you will need to state your pick-up point from your resort. Name of the resort, hotel/house/villa and a phone number, if available, will be sufficient.

Based on the number of persons in your party a private vehicle (for up to 3 persons), or a minivan (for up to 5 persons), will pick you up at the agreed place and time.

The vehicle will have a sign in the front window with your name printed on it.

Give your voucher to the driver or guide upon meeting them.

Do not assume that the tour is cancelled if the weather is not looking good on a day of the trip.

Always call the above number to ensure that the tour has been cancelled in order to receive the full refund. If you do not call us prior to your pick-up time, we will consider you as no-show and cancellation fees will apply.

We recommend that you enter your mobile phone number during the reservation process in order for us to contact you in case of any change or possible cancellation due to weather conditions or other reasons. 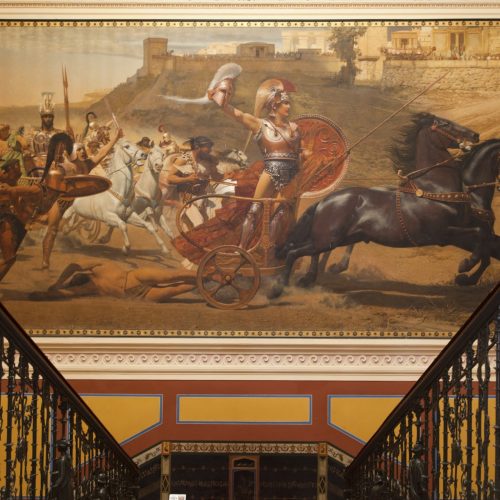 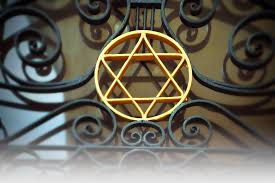 History of the Jewish Community of Corfu Town
Discover
We use cookies to ensure that we give you the best experience on our website. If you continue to use this site we will assume that you are happy with it.I Agree