Overview Places to Go Things to Do

Moraitika is separated from Messonghi by the river that runs out to the sea.  It is a larger, more developed resort that can accommodate more than 7000 guests during the height of the holiday season.  There are an abundance of restaurants serving Greek and international dishes, many supermarkets and a large bakery.  There is also a post office, pharmacies and if needed, medical centres.  The long sandy beach has much to offer from morning until late at night

The Roman Baths are a small but interesting archaeological feature in the middle of the village.  The Old Village of Moraitika is above the main resort road at the northerly end.  It has a pretty church and a couple of nice tavernas.

Accommodation ranges from simple rooms for independent travellers to large hotels that cater for families such as the Messonghi Beach Hotel. 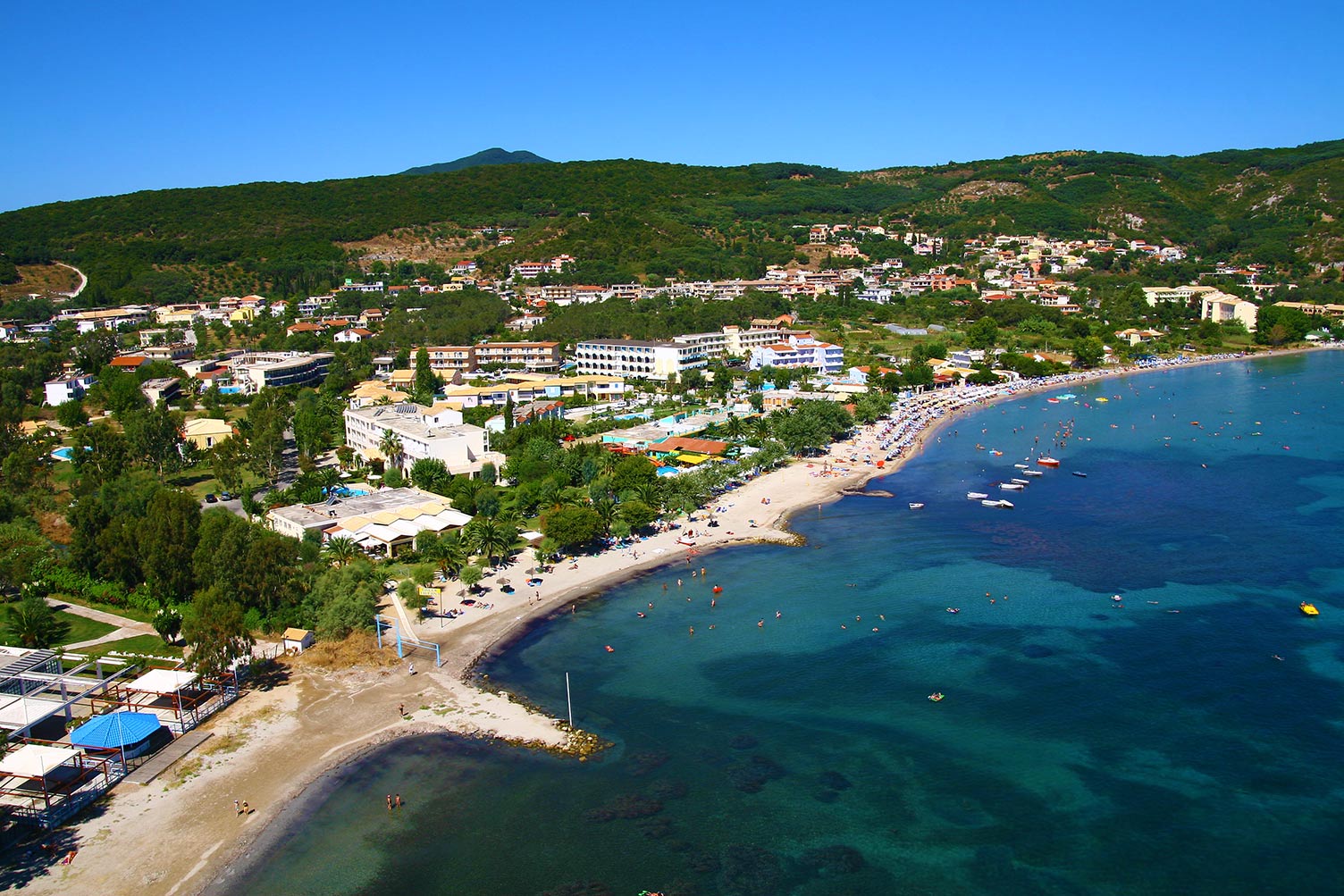 An old traditional Greek village up on the side of a steep hill about 4km from Messonghi. The views are spectacular of Southern Corfu and the islands of Paxos and Antipaxos can be seen on a clear day.

Next to Halikounas Beach is Lake Korission. A long strip of golden sand separates the lake from the sea. Korission lake is 10 km from Messonghi on the south west coast.

Boukari is a fishing village located 4 km from Messonghi. The main beach of Boukari distinguishes for its crystalline and shallow waters that provides safety to all visitors and especially the children.
The restaurants offering a wide variety of fresh fish, sea food and traditional home-cooked Greek specialities.

A small fishing village that still retains its unique charm, Messonghi has not been over developed.  It is one of the most popular resorts because it appeals to so many people.

Prasoudi is a marvelous beach located close to Agios Mattheos village, 10 km from Moraitika. It is a rather small sandy beach surrounded by lush green hills and a long tuft of olive trees. Prasoudi is pretty secluded and calm, great for some private moments.

Gardiki Castle is a 13th-century Byzantine castle on the southwestern coast of Corfu and the only surviving ancient fortress on the southern part of the island. It was built by a ruler of the Despotate of Epirus, and was one of three castles which defended the island before the Venetian era (1401–1797).

We use cookies to ensure that we give you the best experience on our website. If you continue to use this site we will assume that you are happy with it.I Agree